The Super Nintendo was a console I skipped as a child, much to my dismay.  My older brother had the N.E.S., where I would be allowed to play Super Mario Bros, Duck Hunt, or Rush'n Attack (my favorites, from what I can remember) for upwards of 20 minutes a day while I was in grade school.  That system was all I needed, and at that age, I had no real concept or interest in the game industry at large.  Ignorance was bliss.

Some years down the line, my brother received the Nintendo 64 as a Christmas gift; the console that would define my childhood.  I had dumped numerous hours into Super Mario 64, Banjo Kazooie, and Pokemon Stadium (having been permitted more than my 20 min allowance by this time).  But one game that my friends and I would constantly play and discuss at the schoolyard was Star Fox 64.  We were not only amazed by the diversity of it's levels and the numerous pathways you could take to the end of the game, but the 3D graphics and effects in play at any given moment made you feel as if you were a part of some big-budget, sci-fi action movie.


I can still play these games today and have an enjoyable experience.  You could pin it down good design or just nostalgia, but it is very rare that I pick up and replay a game for it's graphic fidelity.  It's more common to hear the phrase "these graphics haven't aged well..."

The thing is, these games pushed limits that are simply irrelevant today.  Computing has leapfrogged into an age where photo-realism in a virtual environment is not unheard of.  This, of course, has had an incredible influence over the manner in which games are critiqued in this day and age.  Games are rated typically based upon what other options are available in the market place at the time of release.

This lead me to asking the question:  "Can we even justify rating Star Fox 2?"

Star Fox 2 was, as you might guess, the sequel to Star Fox, originally released on the Super Nintendo.  It was cancelled due to the imminent release of the Nintendo 64 in 1996, a console whose aim was to completely re-invent the way 3D graphics are handled in video games.   Having such a grand appreciation for the impact Star Fox 64 had on my childhood, I was of course surprised and excited to hear the news SF2 would see an official release, as a game included with the SNES Classic Mini.  As I understand it, the developers themselves shared this surprise and excitement even more-so.

The original installment of the series utilized the processing power of the SNES to create 3D effects that stunned gamers and critics alike.  The "Electronic Games" magazine had this to say about these visual aesthetics back in 1993:

"The SFX chip is the heart and souls of this great new shooter.  Designed in England by Argonaut Software, the chip manages to accelerate polygon graphics to the point of smooth animation.  Without the help of this special chip built into the cartridge, the Super Nintendo would not be able to independently create the eye-popping visuals in StarFox."

It is worth noting that at the time of release, StarFox received a rating of 95% from this publication.

This is the kind of vocabulary we see with every new generation of gaming.  It's very rare to see gaming journalists look back at the previous generations of consoles and re-evaluate their use of the platform, because for the most part, the games of the past are irrelevant.  You're comparing apples to oranges.  So why has this changed with regards to Star Fox 2?  Why are we seeing modern-day reviews for a game that was intended for a console produced 27 years ago?

For the most part, it could simply be due to the fact that Nintendo themselves has decided to publish it.  Recently, there has been a movement to preserve electronic games and their assets by dedicated fans and historians.  Every so often, prototypes for unreleased games will surface, like the Nintendo 64 version of "40 Winks", and it raises discussion.  Not so much regarding the quality of the game, but more to the circumstances surrounding it's cancellation.  Releasing a previously cancelled game could almost be compared to the uncovering of such a prototype, but as Nintendo sought to ensure the game was in a completed and playable state, and included it in the highly demanded SNES Mini Classic, some are treating it as an official release like every other game.

While I find this reasoning to be completely justified, the mentality of which the game is critiqued should be adjusted to fit the context.  At the time of writing this post, there are few reviews published for SF2, but the review from IGN is glaring me in the face with every google search.

The reviewer's argument here is primarily based upon SF2's "primitive 3D" graphics, which are described as "jarringly bad".

"But if you can stomach the terrible frame rate, it is playable – enough that I could beat it on Hard. Sometimes, it’s even enjoyable."

Oof, hitting the frame-rate.  A sore spot for all modern gamers.

This sort of argument, if you take gaming history into consideration, is not one that should really even be made.  The original Star Fox, from my limited research (forum users on various retro-gaming/homebrew sites), ran at approximately 19 frames per second, where as most Nintendo 64 games would still run below today's standard of 30, hovering closer to 20 frames per second.  Unfortunately (or fortunately, depending on your stance on emulation), Nintendo emulates games on the SNES Mini with a focus on accuracy rather than performance (according to reviewers), so the argument still stands that criticism should be approached with dated processing power in mind.

Thankfully, the second half of the review does spend some quality time discussing the systems design of the game.  Star Fox 2 adds the capability of the player to choose a second wing-man, each with their own special abilities, to accompany you through each stage, serving as a second life should you get shot down.  The sequel also introduces a "real-time strategy-like frame" that "puts pressure on you at every moment."  From a game-play standpoint, it sounds like a lot of fun.

The point being, though, is the idea of reviewing a game like this is almost unfair.  Star Fox 2 is a game out of it's time, one that might have been considered a gem of the SNES generation had it released back then.  It's quite a blessing that the game was able to see the light of day at all, and that we can still experience something new on a console that many gamers hold dear.  Just don't expect it to be the action-packed visual feast that you might have experienced you were younger.
Posted by J.West at 12:00 PM No comments: 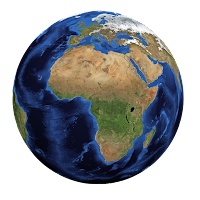 In an attempt to better my writing skills, I've written another essay, a bit longer than my previous work.  This one takes a brief look at the practice of "world building", and how complete immersion into a fantastical universe can be accomplished through the interactive design of video games.  As always, feedback is encouraged.

Below is an excerpt from the opening paragraphs:

"If you are already well versed in works based in science fiction or fantasy, you may already have a good understanding of the practice of world building.  However, for the sake of clarity, allow me to do a brief recap of some of the basics. A quick google search for "world building definition" offers some very straight-forward results: "World-building is the process of constructing a fictional universe."[1], "The process of constructing an imaginary world."[2], or "The process of creating worlds for use in a fictional tale."[3]. World-building means building worlds. I'm glad we got that sorted out.What if we broke down this term a little more? The definition of "building" seems a little obvious here, yet looking up the term "world" in the Merriam-Webster Dictionary provides an interesting variety of definitions, one of the more notable of these being "the system of created things"[4]. Given some thought, this seemingly vague and broad definition may actually make the most sense, as the world we live in is more than just the people we meet and the ground under our feet. We have sets of laws (physics, nature, gravity, etc.) that keep the world turning. Most everything has some underlying logic that doesn't quite make sense until it is placed with context. The earth has a rich, diverse history of it's own that can seem almost unreal when considered today; Try to imagine dinosaurs roaming the outskirts of Columbus, Ohio[5], or California at the bottom of the ocean[6].

The history of the earth, paired with these "systems" that are in place, sets the stage for each and every one of our modern-day adventures. We aren't necessarily aware of these systems at all times, but they guide each and every one of our actions. Therefore, it makes absolute sense that artists, writers, directors, and game developers would go to great lengths to create a detailed world outside of our own, with its own rules and history, to better immerse the audience into their stories; a "second world". But just how exactly is this accomplished?"